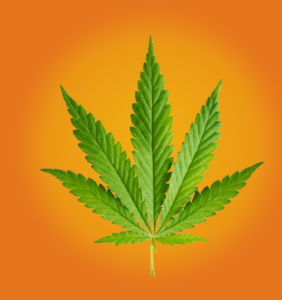 The cannabis industry has seen an explosion of capital in the past few years. Investors poured millions of dollars into the sector eyeing a prize valued at no less than a $22 billion industry. Canada’s prime minister is close to delivering on his promise of legalizing marijuana consumption by the first of July. There is still time to capture your part of the buzz, read on to find out how.

Cannabis is not a newly discovered plant; it’s been used across the world for thousands of years. Believed to have originated in the steppes of Central Asia, it found its way to many regions of the world.

For the most part, it was widely used for medicine purposes such as relieving pain during childbirth or for tooth aches and spiritual purposes. There are traces of Cannabis in Chinese, Indian, Tibetan and Greek ancient religions. For instance, Taoist shamans believed the plant had the ability to cast their spirit forward in time.  They used cannabis in combination with ginseng to reveal truths about the future.

Since 2013, Cannabis can be used legally in Canada by registered users who comply with ACMPR (Access to Cannabis for Medical Purposes Regulations) Some of the main conditions and ailments that marijuana is treating include: Pain management, appetite loss, nausea and arthritis. The list is expected to grow thanks to increasing research into medical applications of cannabis.

Health Canada also predicts this number will hit 400,000 by 2024. The number might end up much higher if one takes note of the huge increase in adoption seen in less than 3 years.

The recreational market currently pending legalization could surpass the combined sales of beer, wine and spirits according to a Deloitte report. That’s more than $22 billion!

Not surprising if you look at the numbers from a recent poll commissioned by Oraclepoll Research Ltd. and Colin Firth.

These numbers do not include those who would replace alcohol with cannabis or those that will consume derived oils or edibles. They also do not include the windfall from drug tourism. Throw in the ancillary market with the growers, infused product makers, testing labs and security and you just added a few billions to the tally.

The promise of legalizing cannabis saw a steady stream of newcomers anticipating lower barriers to entry. Publicly traded companies looking to profit from the upcoming recreational market raised money in a green rush which saw valuations explode in the past few years.

Investing in this upcoming industry will prove challenging as a host of companies such growers, distributors and ancillary providers are currently trading at outsized valuations.

Obviously, not all of these companies will be winners. To invest at this stage will require a very thorough due diligence on each and every publicly traded company in this space. It is a time consuming endeavor that you will need to follow-up on once your preferred stocks are identified.

The lazy way of doing things would be to go with an ETF that holds all the stocks in this sector. You would be investing in a passive ETF since you’re indirectly holding all the marijuana companies at the same time. The downside to this approach is that you won’t participate in the success of the winners to the fullest extent since the losers will even things out.

However, there is a better alternative by going with an actively managed ETF such as Evolve’s recently launched Marijuana ETF. The symbol is SEED and it trades on the TSX.

By holding the SEED ETF, you get a professional whose full time job is to constantly evaluate the marijuana companies, keeping only the ones with the most promise in the fund.

No investment comes without risk and while company specific risks can be minimized via an exchange traded fund, the sector could still face some headwinds. Current valuations are linked to the official legalization of cannabis on time in July 2018.

Any delays to this date will most likely downgrade the whole sector. This is an important downside risk as valuations are currently very high. Delays can be triggered by provincial disputes about distribution, taxation or simply a push back of the date.

The cannabis market will be huge and those companies in the space that are licensed will have first mover’s advantage. While risks are inherent to investing, one can minimize them to a certain extent by going with an actively managed ETF. It is the easiest way of getting exposure to a market that is expected to see a high growth rate in the coming years.