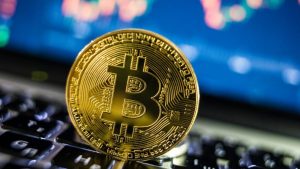 Those who routinely invest in Bitcoin or use the world’s most popular digital currency as a means for online transactions understand that it is being adopted like never before. More and more online retailers are warming to the idea of accepting Bitcoin as an even easier method than credit or debit card purchases. The fees are far less onerous and the transactions are quick and seamless. Interestingly enough, the world has been quick to embrace cryptocurrency and even people are speculating that professional sports players will start taking payments in BTC.

And the traditional, some might say stodgy, old investment houses are getting hip to the new game in town – which is not all that new anymore. Although Wall Street has been icy towards incorporating digital currencies into their portfolios, there are signs that a thaw is upon us.

Recently investment hedge fund manager, Paul Tudor Jones, stated, “(I have) just over 1% of my assets in bitcoin. … Every day that goes by that bitcoin survives, the trust in it will go up.”

This validated many of Bitcoin’s chief advocates and those who believe that this is a home run just waiting to be hit. If other institutional investors follow Jones’ lead and begin introducing Bitcoin into their portfolios, it would mean a tremendous spike in the price and will make those holding even a few BTC in their digital wallets, very wealthy investors.

“Institutional investors are the white whales of cryptocurrency,” stated Ryan Watkins, an analyst at bitcoin and crypto research firm Messari, wrote in a recent report that “depending on your assumptions, an aggregate 1% institutional allocation to bitcoin can easily bring bitcoin’s market cap above $1 trillion. Ever so elusive, institutional investment in cryptocurrency has long been considered the most significant barrier between bitcoin and a multi-trillion-dollar market capitalization.”

Watkins elaborated further when he said, “In anticipation of [institutions’] hopeful arrival, firms have raised more than $1 billion in order to build infrastructure to serve them. And deal activity is picking up as the perfect storm appears to be brewing for investment in bitcoin.”

In terms that the average Bitcoin investor can relate to, Watkins stated, “an aggregate 1% institutional allocation to Bitcoin can easily bring Bitcoin’s market cap above $1 trillion, or over $50,000 per BTC.”

As of this writing, Bitcoin is trading at about $9100 and if the institutional investors begin calling, ala Paul Tudor Jones, then a 500 percent increase in the value of BTC could very well be the jackpot investors have been anticipating.

Bitcoin guru Will Woo has developed a new model which correctly identifies the inception of four previous Bitcoin bull runs, signaling that another uptick is in the offing. Woo explained the following, “This is a new model I’m working on; it picks the start of exponential bull runs. 1) Bitcoin was setting up for a bullish run until the COVID white swan killed the party. 2) This model suggests we are close to another bullish run. Maybe another month to go.”

Cracking more and more of the retail market gives Bitcoin and other digital currencies the street cred that they have been pining for, yet are still unable to woo the only street that really matters – Wall Street. However, when a pair of payment processing behemoths like PayPal and Venmo decide to hop on board, it is simply further proof that Bitcoin is becoming more and more mainstream.

While this news caused a slight surge in price, it is not a panacea to a trillion-dollar market cap but does lend credence to the notion that BTC is here to stay. The more general acceptance of Bitcoin in the marketplace, the more likely it is that institutional investment houses will begin to disabuse themselves of the notion that cryptos are a fad and should not be taken seriously.

Although PayPal has not officially commented on the adoption of Bitcoin into their platform, in an interview earlier this year with CoinDesk, PayPal Chief Technology Officer Sri Shivananda stated, “We are a strong believer in the potential of blockchain. The digitization of currency is only a matter of when not if.” It appears “when” is now.