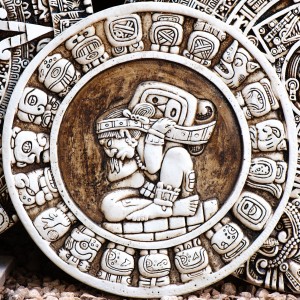 So we’re now in 2013, having successfully navigated through the treacherous waters of 2012 and the various end-of-the-world plots that were hiding in the depths. 🙂

To kick off the new year, I’d like to go back in time and look at the most popular articles from 2012, as well as thank our top referrers.

The top five most visited posts of 2012

How to Get Fit, Feel Better, and Get Rid of Your Foggy Head: A Few Simple Steps

I used to live a more unhealthy lifestyle, and I suffered from massive headaches and foggy head syndrome. While I’m still not super healthy today (I spend many of my days sitting on my butt in front of a computer), I made some changes to my diet, and I feel better today.

What Would You Do with a Million Dollars?

While a million isn’t what it used to be, it’s still quite a substantial sum. What would you do with a million dollars? 🙂

Valentine’s Day is coming up again soon. Here are some timeless classic ideas that can help you woo your loved one this Valentine’s Day.

The Importance of Opportunity Costs, and Why They Should Not Be Ignored

In all the decisions we make in our lives, it’s important to not just consider the direct consequences, but also the indirect consequences of not taking other actions. These are harder to measure, but it still pays to think about them. Because time is scarce, everything we do has an opportunity cost in terms of the things we could have been doing instead.

One of the biggest examples of this is the decision to pursue university education versus other alternatives, such as trade school or self-directed learning. University might be the right decision for some people, while entrepreneurship might be a better decision for others.

What Do You Need to Get out of the Rat Race and Achieve Financial Freedom?

I love the idea of financial freedom, and having the choice to work in one profession versus another. I believe that society is slowly shifting toward a model where financial freedom will be much more achievable, but only if debt and consumption is reduced, too.

Let’s also take a look at the top five most commented posts of 2012:

The top five most commented posts of 2012

To qualify for this ranking, the post must have been published in 2012, so I didn’t count highly-commented posts from earlier years. I also excluded giveaway posts, since those comments are mostly stuff like “I entered the contest!”.

How I Quit My Job, and What I Plan to Do Next

It’s been almost a year since I quit my job to embark on an adventure of entrepreneurship. I still believe that this was one of the best decisions that I ever made in my life, and I credit this blog and the connections that I’ve made in helping me to make the initial leap.

Also, while I quit one job, I didn’t quit my career. I still consider myself to be engaged in a career, just as I would have been had I decided to work for another company, instead.

Two Months of Entrepreneurship: the Good, the Bad, and the Ugly

Nobody said that entrepreneurship was easy. Learn how the initial months took their toll on my finances and my well-being.

Freelancing Revenue Report: My First Three Months in the Trenches

In this post, you can get more of an idea of how these first few months went for me.

Are People Shooting Themselves in the Foot With Income Reports?

Although many of our commentators disagreed with me, yes, I still believe that many people are shooting themselves in the foot with income reports. The answer is of course not black & white and depends highly on the circumstances.

Wait, am I not contradicting myself with the previous post about my freelancing revenue report? Well, I didn’t share absolute numbers, and well, I have not published an income report in a while. 😉

Why I Live in a Condo (And Not a House)

Finally, a post not related to entrepreneurship and such: why I decided to buy a condo rather than a house.

It seems that the posts about entrepreneurship were the most popular amongst you guys, our fellow readers. What would you like to see in future posts?

Finally, I would like to thank our top five individual referrers for 2012:

The top five referrers of 2012

For this list, I am including the top five individual referrers for 2012, meaning that I am excluding social networking, search engines, aggregator and network sites, and so forth. Each of these is an individual blog run primarily by one individual person.

My Own Advisor is one of the kindest and most generous bloggers that I know, and I am happy that he made the top of the list. Mark, thank you for all of the selfless promotion that you have done over the years!

The Financial Samurai is naturally also one of the top referrers, with one of the strongest personal finance sites around. Sam, thank you for being one of our top referrers and for helping people out through initiatives like the Yakezie writing challenge!

Andrew Hallam is such an inspiring and motivational figure. He greatly encouraged me when I was starting out Invest It Wisely, and his fight against bone cancer has inspired me so much. Andrew, thank you for your support and for fighting such a good fight on behalf of all investors, everywhere!

Mich is a great blog buddy of mine, and we actually started the blogging adventure together, way back in 2010! Mich, thank you for being a great friend and for taking over Invest It Wisely; I know that the site is in good hands. 🙂

Joe is a fellow personal finance blogger who has also exited the rat race, and he has also kindly linked out to Invest It Wisely on many an occasion. Thanks for all of the support, Joe!

We appreciate every single referral and every comment from everyone, so thank you all for kindly supporting Invest It Wisely over the years.