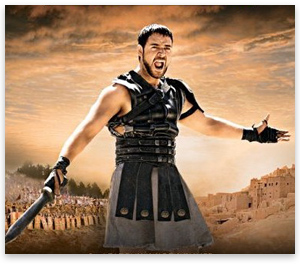 Robert Murphy, an economist, teacher, and author who is a member of the Mises Institute, has challenged Paul Krugman to a debate on the Keynesian versus Austrian business cycle theory.

Since Paul Krugman, a nobel laureate and top Keynesian, has refused to engage in open debate with the Austrian school until now, Robert has decided to make the challenge more attractive by proposing to raise at least $100,000 to donate to charity via pledges at The Point. This money would be collected and donated to the Fresh Food Program at FoodBankNYC.org if Paul Krugman decides to accept the challenge. Who wouldn’t turn down a chance to debate and help out the poor at the same time?

What would be the benefits of this debate? Regardless of whether you believe in Keynesian economics or Austrian economics, and regardless of whether you don’t really care too much about economics at all, a debate would help to further the understanding of the differences between both schools, as well as bring the Austrian view into the mainstream. A diversity of opinions is important, as it expands the possible solution space and can lead to better policy down the road.

As a further benefit, if Paul Krugman accepts the challenge, then the Fresh Food Program at FoodBankNYC.org will receive a substantial donation! Whichever school of thought you believe in, you would be helping to support a good cause.

Robert Murphy is currently solicitating donations for the campaign at The Point. As of this writing, the campaign was at $37,612. You will only be charged if Paul Krugman actually accepts the challenge. I personally pledged $100, since I would personally like to see this debate happen, and if the money goes to a good cause then I’m happy with that.

Please consider donating or promoting; any amount is ok!