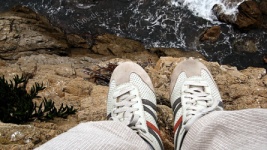 What is fear? Why do we experience fear, and how does it affect us? Well, fear is quite simply one of the most basic and primal emotions that we are capable of experiencing. Most animals share this emotion with us, from mice to men. Fear is the drive that takes us away from danger, and takes us toward safety. Fear kept us alive when we shared the grasslands with lions and hyenas.

Wikipedia defines fear as “… an emotional response to a perceived threat. It is a basic survival mechanism occurring in response to a specific stimulus, such as pain or the threat of danger.” However, fear can sometimes be irrational. Just as we can be overconfident and underestimate the danger of a given situation, we can also become fearful and overemphasize the risks. 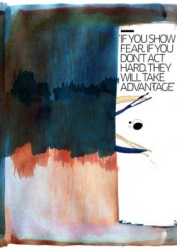 Trying to play it safe doesn’t sound like such a bad thing. The problem is that good salespeople understand and know how fear works, and they are able to exploit your sense of fear and part you from your money.

I’ll take a look at three ways that this fear is exploited, in a personal finance setting.

Many personal finance advisors like to capitalize on investor fears in order to peddle over their most profitable products. Most banks offer what is known as a “balanced” mutual fund. These funds hold some stocks, they hold some bonds, and they hold some cash.

The problem is, they usually also charge a high management expense ratio of 2% to 3%. They also usually have an active strategy, which means higher turnover and tax liability. This can kill your returns.

Many banks also offer a “guaranteed” mutual fund investment, which track a given market index or portfolio. These funds protect your principal if the market goes down, but only give you a fraction of the return if the market goes up. The bank and the personal advisors who sell these investments use your sense of fear of the stock market in order to herd you into more profitable investments (for them).

As a short-term investment, these might make a bit of sense, but for a term of anything more than a couple of years, I just don’t see the point. It’s a huge profit win for the bank. If you want a hedge against the market, you can just use bonds or other investment vehicles directly; plus, if you really want to capitalize off of the stock market, you need to be putting more money into it in the bear years, so that you are rewarded during the bull years. This means that you should embrace declines, and not fear them.

Everyone knows about the special in-store warranties you can get when you buy from a big-box retailer, such as Best Buy. Are these warranties rip-offs? It depends. The stores wouldn’t sell these warranties unless they made money off of them, so that is the first point to consider. The second point to consider is that most manufacturers already have pretty decent warranties, which you are already paying for when you purchase the product. The final point to consider is that many in-store warranties can be between 10% to 20% of the purchase price or more. This implies that you break even only when the product breaks down near 1 out of 5 times. Since most products don’t break down anywhere near that often, this is pure profit icing on the cake for the big-box retailer.

Why do people buy these warranties if they are such a bad deal? Mainly because the salespeople greatly exaggerate the occurrence of breakdowns and repairs, as well as the difficulty of getting a replacement. There is, however, two circumstances in which an in-store warranty can be very helpful: one, when you purchase the item as a gift for someone else and eat the extra cost in order to give them the benefit of the warranty, and two, user stupidity. I once destroyed one of my cd burners by accidentally placing two CDs in the tray. The burner never worked right after that, but I had received the burner as a gift, and it had an in-store warranty, so I went back to the store and exchanged the burner for a new one. I got an upgrade, to boot!

Does this personal experience vindicate in-store warranties? I don’t know. I probably would have had a more difficult time exchanging the burner with the manufacturer, but 10% to 20% of the purchase price seems like an expensive price to pay for a “stupid tax”.

Five year fixed rate mortgages are a big moneymaker for the banks. They are easy to sell, since many people prefer the security of knowing they will pay the same rate over five years over the insecurity of a variable-rate mortgage. The banks have a couple of powerful tactics up their sleeves when it comes to selling these mortgages: first, they scare the customer by implying that interest rates are going to rise, and that they are better off hedging against that risk by going with a fixed-rate rather than a variable rate. They then deliver the coup de grâce by insisting that they had better locked in that 5-year fixed rate or else they will be paying out of their teeth.

There are a couple of problems with the way that the bank is presenting the facts. First of all, for those of us living in Canada, the mortgage system is set up so that most terms roll over every 5 years. If you have a 25 year amortization and go with a 5-year term for each, then that means that you will have 5 different mortgages over the 25 years, each with 5 different interest rates. Therefore, even if you go with fixed rates and interest rates later rise, you will still have to eat that increased interest rate once the five years are up. Will the increase be large enough to compensate for the differential between variable and fixed rates?

History tells us that this is not very likely. Since 1975, aside from the time when interest rates were nearing 20% in the late 70s and early 80s, going with a variable rate has been a better deal than going with a fixed rate. With a variable rate, even if the rates do rise, you are still very likely to end up paying less interest than you would have with a fixed rate.

I remember that only a few weeks ago, there was fear and panic that big inflation was starting to set in and that interest rates were going to start rocketing upwards. People were scrambling to lock in fixed-rate mortgages left and right, even if they had to pay near 5% or more to do it. Mark Carney helped fuel the fire by raising the rates a quarter of a percentage point.

Eventually, interest rates probably will return to the mean, but today, the worry is that the economy is not going to recover, we are going to enter into a double-dip recession, and that deflation is more of an issue than inflation. With the recent plunge in bond yields, the pressure is on rates to drop. If they do, it will be a slap in the face to those who gave in to their fears too early.

So, what experiences have you had with salesmen (and women) trying to manipulate you to their advantage, using fear? I left out some good ones like used-car salesmen, so I’d love to hear your stories!